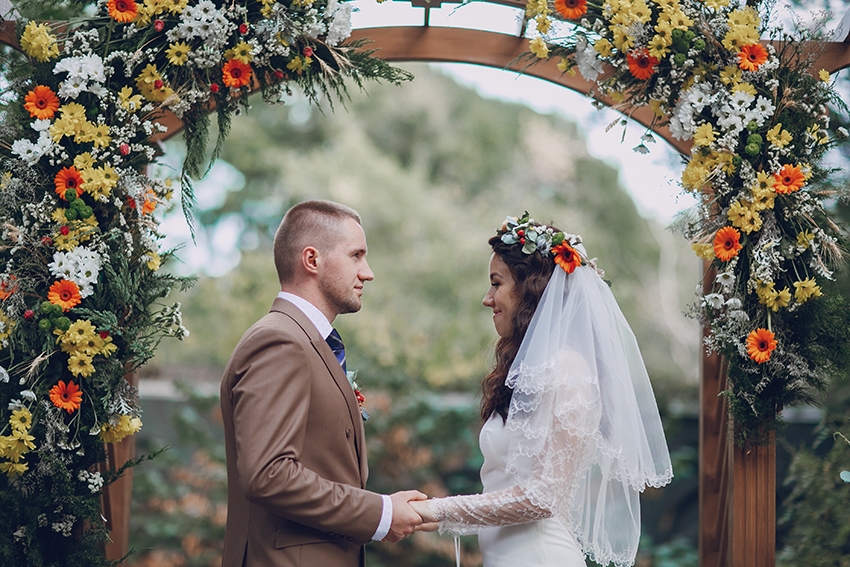 To be married were the couple. Image created by Prostooleh - Freepik

Unlike inversion to form questions (e.g. “Jim has become a priest” which becomes “Has Jim become a priest?”), these forms of subject-verb inversion do not change the meaning of the sentences.

After the overview of the rules, there are some simple exercises for practice. This online grammar lesson is suitable for advanced-level students of English.

Inversion after adverbial phrases of direction and place

This type of inversion features verbs of a directive or locative nature, e.g. "drive" or "sit".

To illustrate a directive verb, observe the following sentences: "the car drove around the corner". This can be inverted to, "Around the corner drove the car".

A final form of subject-verb inversion involves sentences that feature "to be". For example:

"The couple were to be married" can be inverted to "To be married were the couple."

Note that the conjunction 'if' is deleted when inversion takes place.

Inversion in comparisons with 'as' and 'than'

Here are some examples of the inversion of the subject and auxiliary verb in comparative sentences:

When the auxiliary verb is preceded by negation, such as 'no', 'never' or 'not', then it can undergo inversion. An example would be:

"Nigel will never surrender", which can be inverted to, "Never will Nigel surrender".

Here are some more sentences with negative adverbs and inversion:

"No sooner had we opened the box than the lights dimmed and Terry appeared."

"Only then did I realise why Sheila had stolen my socks."

"Only in this way could Jasper persuade the child to eat its Spam."

"Not only does he wear a cravat but he also tap dances."

"Little did he realise that Terry was hiding in the cupboard."

Sentences involving the anaphoric particles 'so' and 'such' can also undergo inversion.

Inversion after statements of agreement starting 'so', neither' or 'nor'

In these cases, the subject-auxiliary inversion occurs in a statement that agrees with a preceding statement.

For agreement with a positive statement, the sentence or statement featuring inversion typically begins with 'so'. Here is an example: "I am going to eat a pickled egg. So is Margaret."

For agreement with a negative statement, the statement with inversion begins with 'neither' or 'nor'. The following sentence illustrates this: "I am not going to help Stan to burn down the Post Office and neither/nor should you."