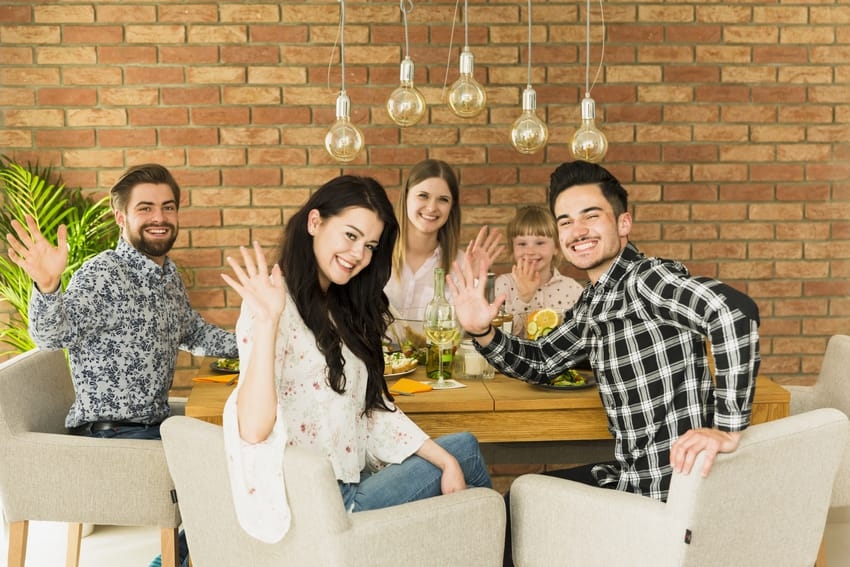 Example of modal auxiliary verb: I will see you later Designed by Freepik

Modal Auxiliary Verbs are a very rich area of the English language. They are used with great frequency and with a wide range of meanings.

All of them (except for NEED) can express degress of certainty, probability or possibility of an event. But they can also express ideas such as willingness and ability, permission and refusal, obiligation and prohibition, suggestion, necessity, promise and intention.

In order of certainty:

WILL and WON'T are used to predict a future event or action which are seen as certain. The truth or certainty of what is asserted is more or less taken for granted.

WILL and WON'T are also used to express what we believe or guess to be true about the present. They indicate an assumption based on our knowledge of people and things, their routine, character and qualities.

MUST is used to assert what we infer or conclude to be the most logical or rational interpretation of a situation or event. As we do not have all the facts, it is less certain than will. The negative form is CAN'T.

SHOULD expresses what may reasonably be expected to happen. Expectation means believing that things are or will be as we want them to be.This use of SHOULD carries the meaning of "if everything goes according to the plan, then something should happen"; therefore it doesn't suggest negative or unpleasant ideas.

MAY expresses the possibility that something will happen or is already happening.

CAN is used to say that something is possible and actually happens.

We also use CAN to indicate that there is a very real possibility of a future event happening.

COULD expresses the theoretical possibility of something happening. It is used in a similar way to might.

It also suggests that something is less likely or that there is some doubt about it.

Could not is not used to express a future possibility. The negative of could is MIGHT NOT.

Couldn't has a similar meaning to can't, but only slightly weaker. Compare it to the previous example.

OUGHT TO, as well as SHOULD, + HAVE + PAST PARTICIPLE are used to talk about an expectation that something happened, has happened, or will happen.

Other uses of modal auxiliary verbs

Obligation and Advice: MUST / HAVE TO / SHOULD / OUGHT TO / HAD BETTER

MUST and MUST NOT are used in formal rules and regulations and in warnings. They express strong obligation, the opinion of the speaker and are associated with a more formal, written style. We can also use it to remind ourselves to do something.

HAVE TO expresses a general obligation based on a law or rule, or based on the authority of another person.

DON'T HAVE TO expresses the absence of obligation.

Sometimes we can use either HAVE TO or HAVE GOT TO. But we use HAVE TO with frequency adverbs such as always, never, normally, rarely, sometimes, etc.

With the past simple HAD TO is used especially in questions and negative sentences.

If HAVE is contracted, then we must include GOT. It is often preferred in informal speech.

Sometimes it is possible to find MUST and HAVE TO together. In this case MUST signifies a logical interpretation and HAVE TO an obligation. For a present situation:

For a past situation:

We can often use either SHOULD or OUGHT TO to talk about obligations and recommendations, although SHOULD is much more common. They describe a sort of obligation where you have a choice.

We can use HAD BETTER instead of SHOULD/OUGHT TO, especially in spoken English, to say that we think it is a good idea to do something. We prefer it if we want to express particular urgency and in demands and threats.

The negative form is HAD BETTER NOT. In question forms the subject comes after HAD.

They are used asking for permission, or saying whether we or other people have it. To talk about permission generally, or permission in the past, we use CAN or COULD. MAY is used to ask for and give permission but it sounds very formal.

CAN expresses ability or is used to say what someone knows how to do, or what is possible. The past is expressed by COULD.

In these sentences we can also use ABLE TO without any important change of meaning. To express a fulfilled ability on one particular occasion in the past, COULD is not used. Instead, we use WAS ABLE TO or MANAGED TO.

There is a useful difference of meaning between COULD and WAS/WERE ABLE TO: the latter form says not only that you could do something (it was possible for you), but also that you did it.

In sentence a) (COULD) we only know for sure that it was possible; Sentence b) (WAS ABLE) tells us also that he managed to get in, he succeeded in getting in.