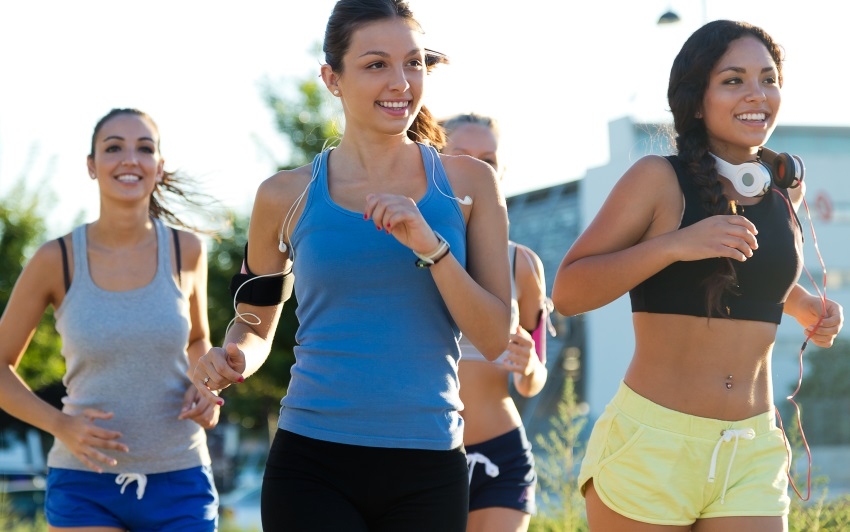 Example: You're running a race next weekend, aren't you? Designed by Freepik

Learn how to use going to, the present continuous, and the present simple with these English grammar exercises for intermediate students.

• I'm having lunch with my mum in an hour.
• We're playing football on Saturday. Do you want to join us?
• John isn't working tonight. Shall we see what he wants to do?
• You're running a race next weekend, aren't you?
• They're meeting us at six o'clock.

We also use the present continuous in question form, to ask about other people's plans for the future:

Future with 'going to'

• I'm going to watch a film after work.
• Tomorrow is a public holiday, so we're going to stay home all day.
• They're going to get married next year.
• I'm not going to cook tonight. I'm too tired.

We can also use 'going to' for predictions. In this case, the predictions must be likely to happen, and based on evidence:

• There are so many clouds. It's going to rain.
• Wow, John has scored another goal! Our team is going to win!
• Be careful, the floor is wet. You're going to fall.
• I've eaten so much food. I'm going to be sick.
• What a mess in the kitchen! Mum isn't going to be happy when she sees it.

We use the present simple when we talk about something in the future with a fixed time or schedule. We often use it when we are talking about transport or events that already have a definite start time.

We should run! Our train leaves in ten minutes!
The football match starts at 8:45 pm.
What time does the concert begin?
The school term finishes on Friday.

It is most common to use the present simple in this way in the third person. However, we can use it in the first or second person when we are talking about something with a specific schedule:

I fly to Rome on Saturday morning.
When do you start your new job?

Future with present tenses and 'going to': be careful

The future forms can be very confusing. Here are some important rules to remember:

1) WILL vs GOING TO: Predictions:

My horoscope said that I will get a lucky phone call today.
My boss said that I'm going to get a phone call from another company.

2) WILL vs GOING TO vs PRESENT CONTINUOUS: Plans: