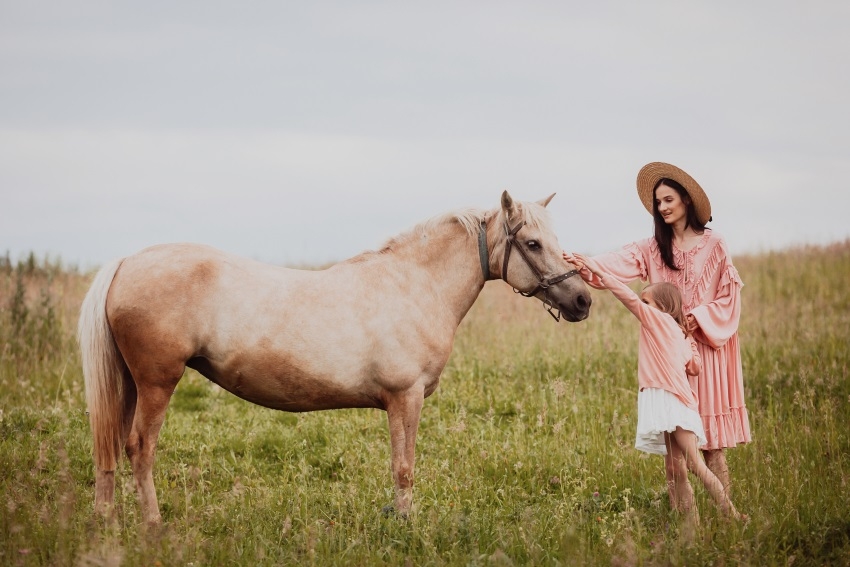 This is *my* horse, Fred. Designed by Freepik

An overview of the rules of possessive words, including possessive pronouns and adjectives, possessive questions, and possessive reciprocal pronouns, with examples and exercises to help you learn. This grammar lesson is for intermediate level students of English.

Possessive pronouns and adjectives: use

A possessive adjective comes before a noun in a sentence, while a possessive pronoun stands alone, and can be used in place of a noun, such as in the sentence: 'This is mine'.

Here are some examples which show where possessive pronouns and adjectives can be used in a sentence:

- This is *my* horse, Fred. (The possessive adjective 'my' comes before the noun.)

- This horse, Fred, is *mine*. (The possessive pronoun, 'mine', does not come directly before or after the noun.)

- That is *his* book. (The possessive adjective 'his' comes before the noun.)

- That book is *his*. (The possessive pronoun 'his' does not come directly before or after the noun.)

Examples of possessive pronouns in a sentence:

Examples of possessive adjectives in a sentence:

- She forgot to bring *her* pen to school.

The word 'whose' can be used when a question is being asked about ownership. We use 'whose' to find out which person an item or thing belongs to. Questions using 'whose' can be formed in one of two ways:

Here are some further examples of possessive questions:

- *Whose* shoes are these? (Who do these shoes belong to?)

- *Whose* dog is barking in the garden? (Who does this dog belong to?

- Each other's, which is used to describe the relationship between two people.

- One another's, which is used to describe a relationship between more than two people.

Here are some examples of these reciprocal pronouns in use:

- The dogs are always stealing *each other's* blankets.

- The kittens were always eating *one another's* food.

- The children enjoyed sleeping over at *one another's* homes.

Now that you know how possessives work in English grammar, here are some exercises for you to complete to help you practice your new knowledge. Follow the links below.