Verb + ing or infinitive – rules and exercises for intermediate level 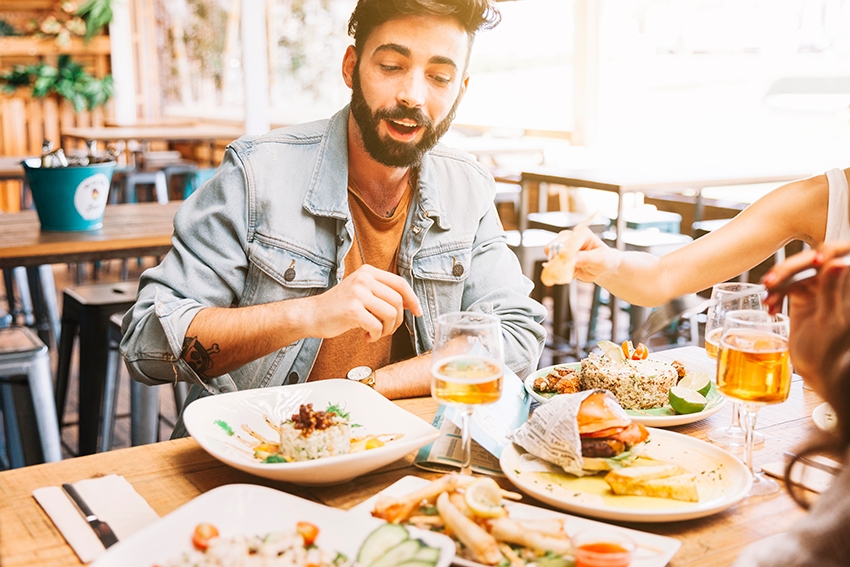 Verb + ing or infinitive: I hate cooking but I love eating = I hate to cook but I love to eat Designed by Freepik

Need an overview of the rules for using verb + ing or infinitive, with examples to help you learn and exercises to test your knowledge? Read on for our online English grammar lesson for intermediate level students.

Verb patterns: Use of verb +  ing

1. We use certain verbs + ing at the beginning of a sentence when it's used as the subject:

• Smoking is bad for you

• Running is my favourite hobby

• My sister is afraid of flying

• They left the party without saying goodbye

But be careful - you always use 'to' before the infinitive!

3. We always use the following verbs + ing, whatever the tense:

• Admit: I admit to liking the Spice Girls

• Avoid: He avoided doing homework as much as possible

• Dislike: Your cat dislikes getting his feet wet

• Enjoy: They always enjoyed studying together

• Risk: She risked missing the deadline

• Miss: We'll miss cooking together at the weekend when we go to different universities

• Consider: They considered seeing the new Star Wars movie at the weekend

• Fancy: Do you fancy trying that new Chinese restaurant? (With a + ing form, fancy means 'want to')

• My brother likes not getting up in the morning (With a + ing form, like means enjoy)

• My grandparents enjoy not working now they're retired (With a + ing form, enjoy can mean like)

In some cases, you can also use the form ‘verb + somebody + verb + ing'

• We discussed Harry going to College

• I can't imagine the Queen riding a motorbike

Verb patterns: Use of verb + infinitive

• I want to study English in the UK

We always use the following verbs + the infinitive, whatever the tense:

• Offer: He offered to take us for a ride in his car

• Decide: We decided to go for a walk in the countryside

• Deserve: Kanye feels he deserves to be given a prize

• Refuse: I refuse to wear green, it's an unlucky colour

• Forget: He forgot to go to the dentist

• Learn: You learnt to walk when you were 10 months old

• Manage: He'll manage to pick up the laundry without any help tomorrow

• I'm not going to play the drums any more

• Tanya didn't (did not) want to fly as she was scared

Some infinitives also use the form 'verb + somebody + infinitive'

• The told Tom to travel by train because it was cheaper

• We invited our friends to celebrate with us

The continuous infinitive is formed using to be + present participle

The continuous infinitive refers to the same time period as the preceding verb and is used to talk about an action that is happening now or over a period of time:

• This time next month, I'll be sunbathing on the beach

• During that time, Liz was supposed to be staying in Madrid

The perfect infinitive is formed using to have + past participle

The continuous infinitive refers to a time period before the preceding verb:

• She pretended to have enjoyed the meal

• I wonder if she wanted to have eaten a dessert?

We use verb + object + infinitive to command or persuade someone to do something.

We use this form with verbs like encourage, force, tell, require and choose:

• I encouraged him to take swimming lessons

• We chose to travel by plane rather than boat

Verb patterns: Use of verb + ing or infinitive

Sometimes you can use a verb with +ing or the infinitive without a change in meaning.

• I hate cooking but I love eating

• I hate to cook but I love to eat

• I love swimming but I prefer sunbathing

• I love to swim but I prefer to sunbathe

Other verbs like remember, regret, go on, try, need, stop and like can also be followed by verb + ing or the infinitive, but with a change of meaning:

• Have you tried skiing? I love it! (Skiing is something you might enjoy, where trying something is an experiment that could be good or bad)

(5 votes)
Tagged under
published in Verb patterns
Read 19282 times
Last modified on Sunday, 20 May 2018 11:38
More in this category: Wishes and related forms – rules and exercises for intermediate level »