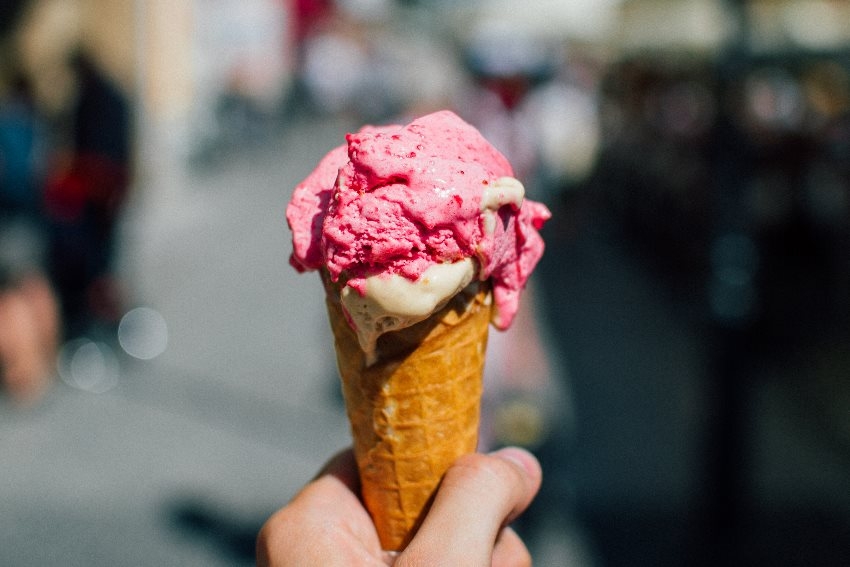 Example of zero conditional: if ice cream gets hot, it melts. This image is licensed under the Creative Commons Zero (CC0) license

An overview of the conditional tenses and comparison explains what rules you need to follow when using them, with examples and exercises to help you learn. This online lesson in English grammar is designed for intermediate level students.

There are four types of conditionals. Here we will look at the differences between them, and give an explanation and examples of when and how each type is used.

This type of conditional is used to describe things that will always be true when the condition of the 'if' clause is met.

The same verb form is used in both parts of the sentence: the simple present tense.

Use of zero conditional

The zero conditional is used for scientific facts and things we are certain of.

The meaning of this kind of sentence remains the same if 'when' is substituted for 'if'.

Examples
If ice cream gets hot, it melts.

(We know that under the condition 'the ice cream gets hot', the result 'it melts' will always happen.)

If Peter doesn't sleep enough, he gets tired.

(This will always be true when Peter cannot get enough sleep.)

If the battery runs out, the torch stops working.
(We know the torch cannot run without batteries.)

This type of conditional is used to talk about things that we believe will happen in the future.

Form of the first conditional

In a first conditional sentence, we use the present simple verb form for the condition clause, then 'will' and the infinitive for the result.

Use of the first conditional

Although the action is in the future, the condition clause must be in the present tense.

We don't know what will happen in the future, but the first conditional is used to discuss things things that are likely to happen.

If the action is unlikely to happen, the second conditional is a better form to use.

If it looks like rain this afternoon, I will take an umbrella.

(There is a chance of rain in the afternoon.)

If Manchester United win, Sarah will be happy.

(It is possible that this football team will win.)

The second conditional is used to talk about impossible and imaginary situations in the future.

Form of the second conditional

In a second conditional sentence, we use the past simple for the condition clause, then 'would' and the infinitive for the result.

Use of the second conditional

Although the action is in the future, the condition clause must be expressed in the past tense.

The words 'should', 'could' and 'might' can be used instead of 'would' in a second conditional sentence.

If the action described in the result clause is likely to happen, you should use the first conditional instead.

If Manchester was closer to London, I would visit my cousin more often.

If Lisa didn't have to work at the bank tomorrow, she would play tennis instead.

(But she must work at the bank tomorrow.)

If caviar were cheaper, I would eat it every day.

(The condition is a lower price than the current one.)

In third conditional sentences we talk about situations that did not happen in the past, and what the result would have been.

Form of the third conditional

We use the past perfect tense for the condition clause, then 'would have' and the past participle for the result clause.

Use of the third conditional

The third conditional always talks about an imaginary past that did not happen.

Both the condition and the result must be impossible in a third conditional clause.

If it had rained, I would have got wet.

(In this example, the real situation is that it did not rain.)

If John had proposed marriage, I would have said yes.
(He didn't propose marriage.)

If Catherine had played the drums, I would have danced.

(She did not play the drums.)