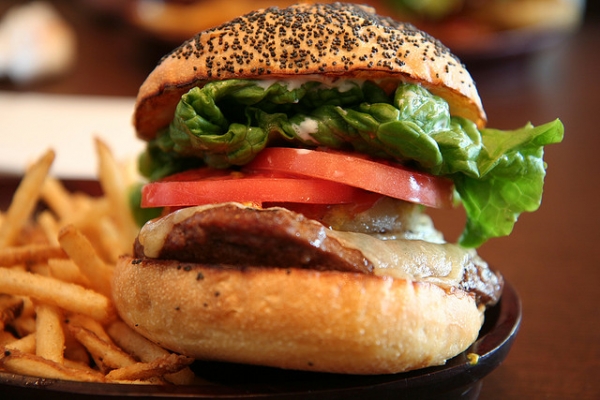 'Creative Commons hamburger' by chichacha is licensed under CC BY-SA 2.0

The history of hamburgers

Do you know the recipe for hamburgers comes from Germany? Read all about it in this month's graded reader at an elementary level.

The history of hamburgers

The hamburger is the most  eaten food in the world. The first hamburgers were made and sold in Connecticut, USA, in 1895 by an American chef called Louis Lassen. Louis called them hamburgers because sailors from Hamburg in Germany gave him the recipe.

Hamburgers became a favourite in America in the early part of the twentieth century. Their popularity grew even more after the Second World War, when they were bought in large quantities by teenagers who preferred fast food to family meals.

In 1948, two brothers Dick and Mac McDonald opened a drive-in hamburger restaurant in San Bernardino, California. Since then, over 25,000 McDonald's restaurants have opened worldwide and now 35 million McDonald's hamburgers are eaten every day in 115 countries from India to the Arctic Circle.

1. When was the first hamburger made?

2. Where does the recipe come from?