3 'must do' visitor attractions outside London 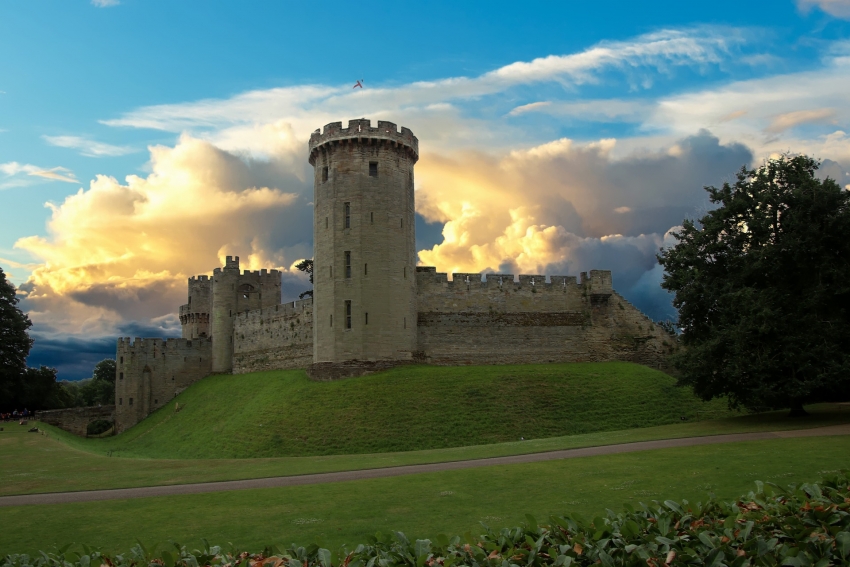 3 'must do' visitor attractions outside London: Warwick Castle This image by Kdsphotos from Pixabay.com is licensed under the CC0 license﻿

3 'must do' visitor attractions you need to see before leaving  the UK. Complete our upper intermediate reading comprehension exercise with questions and answers and get informed.

Let me set the scene; you've been staying in London and had an amazing time. You've gained experience in using the public transport system and now you are wondering if you should venture out to see the rest of Britain.  Don't miss out - there are so many wonderful sights and activities just waiting for you. Here are three of the best!

The Giant's Causeway is an incredible natural phenomenon on the North Coast of Northern Ireland, consisting of  around 40,000 interlocking columns of black basalt rock resulting from volcanic eruptions 60 million years ago.  This spectacle of exceptional natural beauty became a World Heritage Site by UNESCO in 1986 and was voted one of the best natural wonders of the United Kingdom in 2005. Visitors are amazed by the masses of hexagonal columns, up to 12 metres high which form a pavement of stepping stones leading from the foot of the cliffs into the sea. The site is largely managed by the National Trust and visitors are allowed to walk across the tops of the columns at the water's edge. The stones and coastal path are open daily from dawn until dusk and visitors can explore the marked paths and admire the magnificent coastal scenery accompanied by an innovative audio-guide in 11 languages. Access to the stones is actually free although there is a charge for parking and most facilities. The adventurous can also choose the option of a guided walk led by an experienced member of the National Trust team. The so-called 'Giant's Causeway Cliff Top Experience' departs daily from the visitor centre at 12.15 pm by shuttle bus. The participants then return on foot across the cliff-tops with their guide, taking in 5 spectacular miles (8km) of wild and rugged coastal scenery before reaching the most northerly point of Northern Ireland. This takes approximately 3 1/2 hours along undulating and uneven cliff-top paths with stone steps, wooden stiles and gates to negotiate. A good level of health and fitness is therefore required to complete this hike!

Unsurprisingly, this dramatic sight has inspired the growth of legends and myths over the years including stories of giants striding over the sea to Scotland. Details of these stories and also the science behind the Giant's Causeway can be discovered in the award-winning visitor centre close to the stones.  Make sure not to miss the photo-opportunity of the Giant's Boot and also the Wishing Chair. To use the Wishing Chair, it is said that you have to wiggle 4 times before you sit down, then rub the stone to your left with your left hand, close your eyes and make a wish!

Now, for a totally different, man-made experience, let's go to Staffordshire in the heart of England where you can find the world-famous Alton Towers amusement park. This park is operated by a large leisure group who also manage attractions such as Madame Tussauds, The London Eye and Gardaland in Italy. Alton Towers estate was originally the home of the Earl of Shrewsbury but today  it is a resort incorporating a theme park, a water park, a high ropes course,  mini-golf and a  spa hotel complex.  The park operates 10 major roller coasters including the  Congo River Rapids, Nemesis, Oblivion, Galactica, and Wicker Man, as well as rides for infants and young children.  New for 2018, Wicker Man is the latest ride to be launched and will be very popular.  It is the UK’s first new wooden coaster built in over 20 years,  and according to the park it is a globally unique experience that will give people the thrill of old fashioned roller coasters but with modern special effects.  Riders will board a train and enter a secretive world of twisted tracks speeding them towards the six-storey flaming Wicker Man and actually passing through his fiery chest!

Alton Towers theme park is open from mid-March to early November and there are special events throughout the year.  In the autumn, there is the Alton Towers Scarefest (the park's spooky Halloween event around 31st October) and there is an impressive fireworks display held on the last two days of the season before the park closes for the winter.  Anyone can attend Alton Towers but visitors under 12 years of age must be accompanied by an adult of 18 years or over.  Remember that height, weight, size and age restrictions will apply to certain rides, so it's best to do your research on the website before you go.  Also, there are big savings to be made if you book at least 5 days in advance.  You may find it useful to download the free Alton Towers Resort App on your mobile to help you plan. This will give you up to date queue times and special offers as well as Fastrack information.

The park's maximum capacity at any one time is 28,000 visitors. It is estimated that the attendance figure for 2017 was in the region of 2,000,000, which is 1% higher than the previous year. This means that Alton Towers is now the most visited UK theme park after its sister park Legoland Windsor near to London, which is dedicated to children aged 3-12.

Now we travel South to Warwick near Coventry in the Midlands to visit a medieval castle developed from an original built by William the Conqueror in 1068. Warwick is the county town of Warwickshire, England, situated on a bend of the River Avon. Here you will find one of England's finest castles set in truly beautiful scenery, as well as discovering 1000 years of history brought to life through unforgettable shows and displays, guided tours and exhibits.

Warwick Castle began its history as a wooden motte-and-bailey castle in the 11th century but was rebuilt in stone in the 12th century becoming a massive fortress. During the Hundred Years War, the side facing the town was refortified giving us a stunning example of typical 14th century military architecture. It was used as a stronghold until the early 17th century when it was converted into a country house for the Greville family. This family kept the castle until 1978 when it was bought by a leisure company and opened to the public.

Today, you can still climb the 500 steps to the top of the tallest tower for incredible panoramic views over the countryside.  You can also see how the inhabitants lived and visit the record-breaking trebuchet. This giant 'catapult' came to Warwick in June 2005, measuring 18 metres tall,  weighing an incredible 22 tonnes and made from over 300 pieces of oak. In 2006,  it claimed the record as the most powerful engine of its type by sending a 13 Kg weight a distance of 249 metres at a speed of 260 kilometres per hour, beating the previous record held by the trebuchet at Middelaldercentret in Denmark.

In addition, don't miss the spine-chilling show performed live by actors in the castle dungeons, where King Edward IV was imprisoned and tortured. Finally, try to leave time to see the castle grounds with the birds of prey display, the jousting (knights on horseback), the archery demonstrations and the peacock gardens.  It will be a full day!

3 'must do' visitor attractions outside London - Comprehension questions

1.   What natural phenomena caused the formation of the Giant's Causeway in Northern Ireland 60 million years ago?

2.   If you want to make a wish at the Wishing Chair stones, what actions do you have to take?

3.   Where is the Alton Towers Theme Park?

4.    What is the name of Alton Towers' newest attraction and what material is it made from?

7.   What is the name of the major river running through Warwick?