What does A Christmas Carol by Charles Dickens teach us about Victorian Britain? 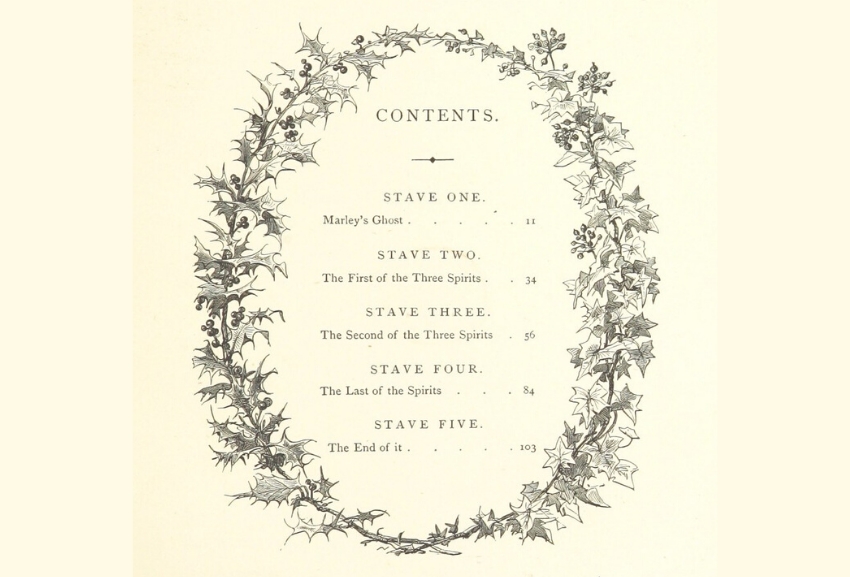 What was it like to live in Victorian Britain? Find out the background to Dickens’ classic novel A Christmas Carol in our upper intermediate reading comprehension with questions and answers.

What does Charles Dickens want to tell us about Victorian society in Britain? His original plan was to produce a pamphlet to raise awareness of the poverty and appalling living conditions which existed in 19th century Britain. However, he decided that a short story about Christmas would actually reach more people and draw more attention to the inequalities which existed at this time. So, in 1843 his classic tale A Christmas Carol was born.

Dickens was concerned to highlight the stark division between the lives of rich and poor in the 1800s. He realised that society had undergone a huge upheaval with the coming of the Industrial Revolution. Many people now flocked from the countryside to the towns in search of work in the growing manufacturing industries. From around 1780 industrialists had begun to build much larger factories powered by the new coal-fired steam engines. Many of these factories made cloth, which was in demand all over the world. In this way, the Industrial Revolution created many jobs for the poor and made factory owners very rich at the same time. However, the workers and their families often lived in extreme poverty. In A Christmas Carol, Dickens portrays a typical wealthy man called Ebenezer Scrooge, who chooses to ignore the poverty and misery around him, including that of his own employee Bob Cratchit. We see the contrast between the Scrooge’s privileged but lonely existence in his large town house with its grand staircase, and the tiny four-roomed house in the suburbs occupied by the entire Cratchit family.

In the 19th century the population of cities grew rapidly. For example, in London between 1800 and 1900 the population grew from one million to six million. Many of the migrants from the countryside were now living in slums. These were areas of cheap, overcrowded housing, often without proper drainage or sewage systems. Several families frequently shared just one water tap and toilet and this led to disease, hunger and crime. Even children were exploited by heartless factory owners and forced to work long hours, often in dangerous conditions.

Many people in this period of British history believed that poverty among the poor was simply inevitable. For example, Thomas Malthus believed that the human population would always grow faster than the food supplies. Dickens, on the other hand, wanted to show us that there would be plenty of food to go round – but only if the rich were generous to the poor. We see this in chapter three when the Ghost of Christmas Present takes Scrooge in a dream to see the bustling shops where food is plentiful.

Malthus and other Victorians also held the opinion that helping the poor made them lazy and took away their motivation to work hard. So in 1834 a Poor Law was passed to minimise the help available to poor people. Families then had to enter the much-feared workhouses to receive food and shelter. The conditions were often atrocious and entering the workhouse brought a huge sense of shame to the family.

In addition, Victorian society was very religious. At this time, families were urged to spend their Sunday going to church, reading the bible and resting. This may have seemed appropriate to the middle and upper classes. However, Dickens was against this idea because it meant that poorer people had very few forms of enjoyment on their one day off, as everything was closed on Sunday. Usually poor households were not equipped with their own oven, so during the working week they had their food cooked at a local baker’s shop. However, on Sundays, these bakers had to close, meaning that many families were deprived of a hot meal. In the book we hear the Ghost of Christmas Present explaining this to Scrooge, who has no idea how families were affected.

Dickens wanted to highlight these conditions and the suffering of the poor due to his personal experiences as a child. Unfortunately his family, like many, went into debt and his father was sent to debtors’ prison. The young Dickens was then forced to sell his book collection and work in a rat-infested factory from the age of 12, instead of continuing his education. This experience made Dickens very critical of the way Victorian society treated its poorest people.
In A Christmas Carol, Scrooge comes to realise through his succession of dreams that many of his long-held beliefs about the poor were wrong. Through this series of revelations, Dickens depicts for the reader his own solutions to the problems he sees before him in Victorian society.

Firstly, Dickens drew attention to the selfishness of the rich who, like Scrooge, seemed to be only concerned with gaining more wealth. Dickens believed that the wealthy had a responsibility to help those less fortunate than themselves. Through his works, he promoted the importance of generosity and charity. He knew that from the kind deeds of the successful philanthropists of his time that it was possible to improve the lives of the poor. For example, the famous English chocolate makers, the Cadburys, tried to provide quality homes and better lifestyles for their workers at their factory in Bournville near Birmingham. Another businessman, Titus Salt, who was a cloth maker, also created better conditions for his workers at Saltaire in Yorkshire. In A Christmas Carol , Scrooge learns the importance of giving to charitable works and finally gives a large donation. He also begins to see that if workers were paid a fair wage, there would be less need for charity.

Secondly, Dickens believed that many of the problems of Victorian society (such as crime, poverty and disease) were mainly due to a lack of education. He supported projects to help educate the poor, such as the Ragged Schools movement which gave free education, clothing and food to children from poor families. In A Christmas Carol, Dickens’ portrayal of the young character called Ignorance highlights how those with no access to education are doomed to a life in the prisons and workhouses. Yet, he feels that with schooling the poor could gain self-respect and improve their own lives.

In terms of religious life, Dickens turned away from the strict moral code of the middle and upper class Victorians who placed emphasis on outer respectability. Instead, he believed that to be a good Christian, people should look for opportunities to do good deeds for others. He considered that we should try to be humble, charitable, faithful and forgiving like the Cratchit family. He also firmly believed that much happiness could be found this way.

It is no coincidence that Dickens chose to set the story at Christmastime. In Victorian society many traditions we associate with Christmas became increasingly important – for example cards, crackers, carols, decorations, gifts and Christmas dinner itself. Secular activities such as feasts and games were also becoming a central part of the festivities. In the novel we see both Fred and Fezziwig hosting Christmas parties which were full of fun, dancing, laughter and food. Yet is it is evident that Dickens views the most important part of the spirit of Christmas as the showing of charity, forgiveness, goodwill and generosity. His key message to both Victorian society and future generations is to observe these values all year round to build a fairer and happier society.