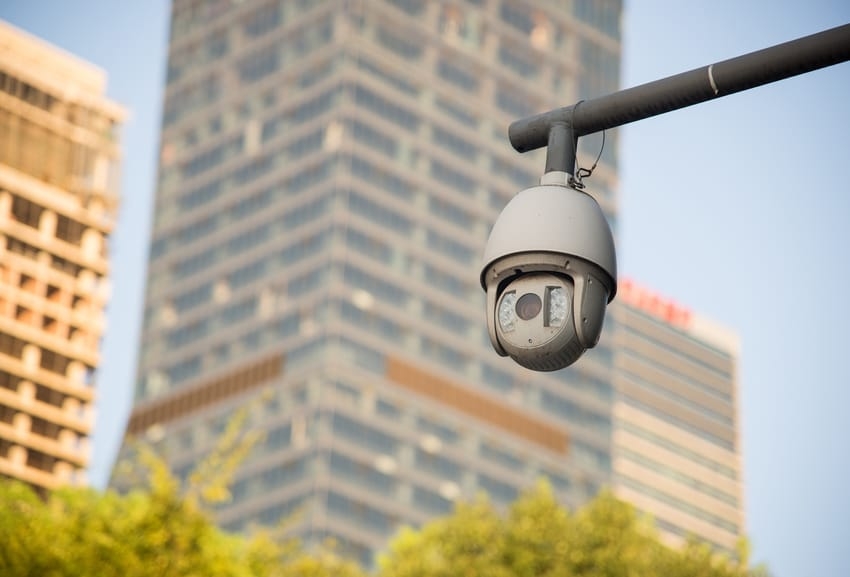 Studying Nineteen Eighty-Four by George Orwell? Examine the relevance of the warnings Orwell gave to society in our upper intermediate reading comprehension with questions and answers.

Although the work Nineteen Eighty-Four by George Orwell explores a number of methods which can be used by the authorities to control and exploit the population, today's society has not witnessed the total catastrophe predicted by Orwell.

In Nineteen Eighty-Four Orwell uses a combination of the following themes to put across his predictions for a future society.

Firstly, he uses the dangers of totalitarianism to illustrate how the population can be controlled in order to sustain and increase the power of the state. In 1949 when Orwell was writing this work, the Cold War had not yet escalated, but Orwell was concerned that many intellectuals supported communism. He therefore strove to portray the perfect totalitarian society in Nineteen Eighty-Four - and to indicate by the title of the book that it could happen fairly soon. It was a warning that in just 35 years time, a version of a society like that described in the novel could materialise. Orwell describes a state where all aspects of human life are monitored and controlled. Even a feeling of disloyalty to the state is against the rules and will be punished. Through Winston's experiences the reader realises that the powers of the state are even more far-reaching than they can imagine.

Orwell also warns us how the individual can be overpowered by the state, through the twin themes of psychological manipulation and physical control. Through the ever-present telescreen the Party bombards the individual with its own messages and agenda, even claiming fictitious successes by false reporting of events. People quickly begin to lose the ability to think independently. In addition, the omnipresent signs reading 'BIG BROTHER IS WATCHING YOU' create a climate of fear where people are afraid to follow their natural inclinations. Even family members are encouraged to spy on each other and report any perceived disloyalty to the state. Emotional ties are quickly broken; even physical desires are repressed and reduced to a process of mere procreation. Furthermore, the workforce is kept in a general state of exhaustion with long working days, compulsory 'Physical Jerks' sessions each morning and a daily ration of gin to dull the senses! Anyone not completely obedient to the rules is 're-educated', a euphemism for brutality and torture. Readers can see how physical pain easily breaks down even the most rebellious and confident soul, and this is played out through Julia and Winston's complete betrayal of each other. Furthermore, the modern-day reader is familiar with the concept of 're-education' which has recently been raised in connection with so-called 'training schools' in the Orient and elsewhere.

Orwell also illustrates how technology plays a part in bringing about the subservience of the population. Bearing in mind that Orwell's novel was conceived and written before the evolution of the computer, his prediction of technology which can record and control patterns of behaviour on a mass scale is visionary. The early readers of the book soon grasped how it would be possible for the authorities to use technology for evil means, rather than to enhance the life of the population. Today's reader is even more aware that, through our love affair with the mobile phone and social media we, as individuals, have independently surrendered our right to a private life and willingly agreed to carry devices which have the capability of monitoring and even predicting our actions. We have thoughtlessly succumbed to the influence of propaganda and persuasion in exchange for some of the luxuries and conveniences mobile technology has offered us. Perhaps we should be more aware of this vulnerability?

Orwell also explores the possibilities of using language itself as a means of mind control. By the continuous perfecting of Newspeak, the emerging official language of the state, we see that concepts which are against the power of the government will gradually be eliminated from the dictionary. Eventually, it will be impossible for an individual to think a single rebellious thought. The appropriate words will not exist. This is probably the most vital part of the authorities' plan. There are distinct parallels here with the controlling forces at work in colonialism over many past decades. Colonial masters introduced their own language as that of government and business - leading to a loss of culture and identity within the indigenous population.

Lastly, in Nineteen Eighty-Four the insidious government plan to control history and information works hand in hand with the previously-mentioned methods to reinforce whatever ideas the authorities seek to promote. Because there are no contradictory sources, the government version of any event cannot be challenged. Eventually, apathy born of exhaustion breaks down the individual's will to question the diet of false news he is being constantly fed. Though written in 1949, the novel seems to clearly predict the epidemic of 'fake news' we are encountering in the 21st century.

However, despite the effects of these methods of warning, the overwhelming of the world by a totalitarian state has not materialised as predicted. Democracy had to a large extent won through by the time the year 1984 arrived in real time. This was followed by the fall of the Berlin Wall in November 1989, leading to newfound freedom of movement for East German citizens, and then to the dismantling of the Soviet Union in the 1990s. Gorbachov's policy of 'glasnost' or 'openness' had led to an independent democratic movement towards greater freedom for the countries of Eastern Europe. However, in very recent years, with the rise of the right we are now seeing in many Western nations, we have entered an uncertain period where the stark warnings of Orwell's Nineteen Eighty-Four are still relevant, though the protagonists may have changed.

1. According to the writer, what are the six main themes of the novel which embody the warnings Orwell wished to portray?
2. Describe how the evolution of Newspeak in the novel prevents the individual from expressing himself or herself?
3. What year did the Berlin Wall fall and what was the significance of this?
4. Despite the fact that a completely totalitarian world system has not materialised, what parallels can we still see between the type of society depicted by Orwell in '1984' and the society in which we are living today?

(1 Vote)
published in Graded Reading 2019
Read 3820 times
Last modified on Thursday, 26 September 2019 09:51
More in this category: « From Stone Age to New Age - The evolution of food in Britain Guy Fawkes and The Gunpowder Plot. 'Remember, Remember, the fifth of November'. »