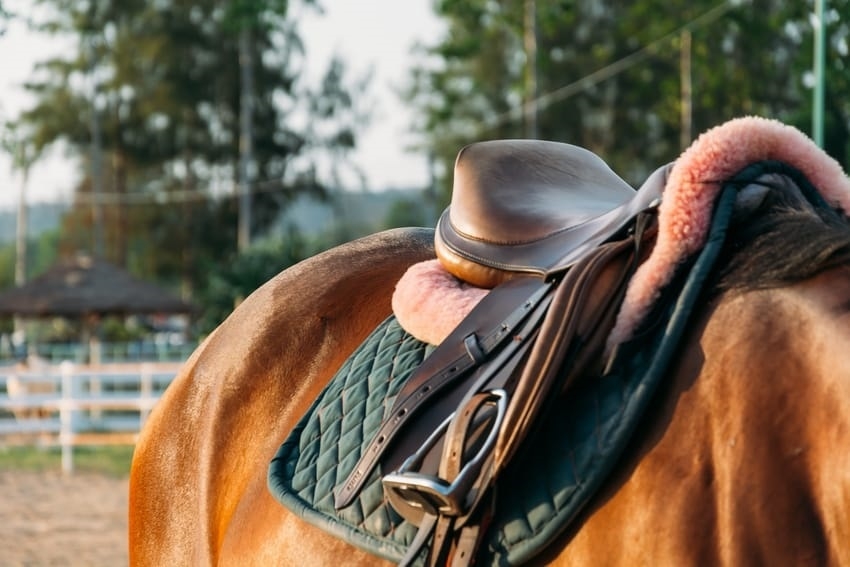 The Grand National: An important part of British culture. Find out why in our pre-intermediate reading comprehension exercise about this popular horse race, with questions and answers.

The Grand National is one of the most well-known and loved horse races in the world. It takes place on the last day of a three-day event held in April each year at Aintree Racecourse near Liverpool. Over the three days of the races, there are usually well over 150,000 spectators at the track, plus approximately 600 million television viewers across the world as well. Many of these are people who do not usually watch or bet on horse racing at other times of the year. So what makes this event so special?

First of all, the Grand National began in 1839 and remains one of the most important jump races for horses and riders in the world. The prize money is high, with over a million pounds on offer. It is also the longest race in the UK and certainly one of the most difficult. The horses have to cover two complete circuits or 'laps' of the track (approximately 6.9 kilometres), which includes jumping 30 'fences' in total. There are 16 different jumps or fences on the course and each has its own character to test the horses in a particular way. Some fences are high and some are long or include water jumps or ditches. Each has its own name but probably the best-known and feared is 'Becher's Brook'. Some jockeys have said it feels like jumping over the edge of the world! However, in recent years the race organisers have made some jumps a little easier in order to ensure the course is safer for both the horses and the jockeys.

Up to 40 horses start the race but it is a difficult course and not all of them finish it. In many cases the horse may fall or lose his rider, or a horse may refuse to jump a fence, particularly one of the higher ones. The greatest number of horses to complete the Grand National was 23 horses in 1984. In the past nearly all the jockeys were male but this is slowly changing. In 2012 a female jockey called Katie Walsh came in third on a horse called Seabass and set the record for the highest female position so far. This year, Katie Walsh and 2 other female jockeys will ride in the Grand National. Perhaps one of them will be the winner!

The record for the fastest time over the Grand National course was set in 1990 by a horse named Mr. Frisk. He completed the course in just 8 minutes and 47.8 seconds. Probably the most famous horse to win the Grand National was called Red Rum. He became a national favourite because he was the only horse to win this race three times - in 1973, 1974 and 1977. He also came second in 1975 and 1976, meaning that he finished with a prize five years in a row. Red Rum died in 1995 at the age of 30 and he was buried near the winning post at Aintree.

In 2019 the Grand National will take place on Saturday, 6th April. For fun, many people will choose a horse from a 'sweepstake' among work colleagues or friends and this is a big topic of conversation at this time of year. Each player pays a small amount of money, perhaps £1, and selects a horse from the 40 entries, often picking a favourite number or amusing name. Cheering for your chosen horse adds to the excitement of watching the race on the day and there are usually prizes for those with the horses in first, second or third place.

Will you be watching this year?