Stonehenge: Past, present and future 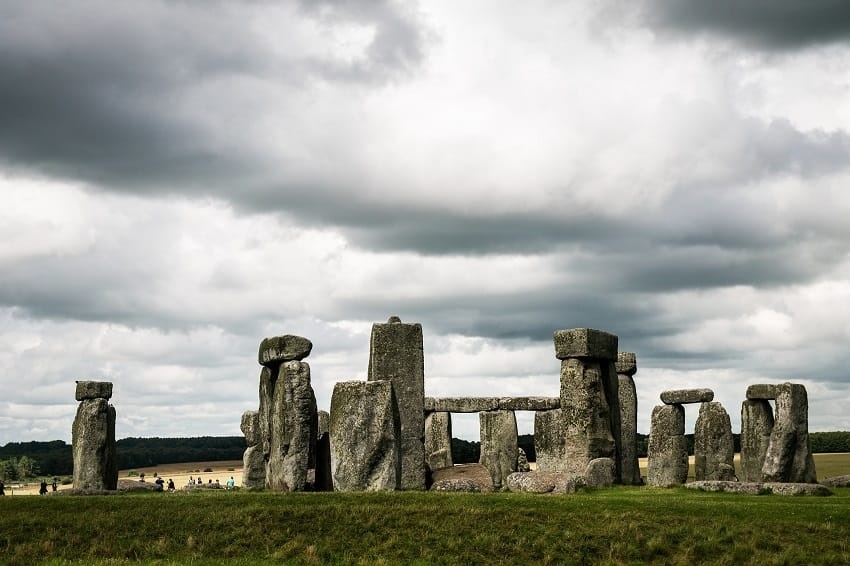 Stonehenge: Past, present and future Photo by Inja Pavlić on Unsplash

The construction and significance  of Britain's Stonehenge.  Find out its past and its future in our advanced level reading comprehension with questions and answers.

Over 5,000 years ago our ancestors began building one of the world's most iconic monuments. Later, this was to become not just a much-admired symbol of Great Britain but also, from 1986, one of UNESCO's designated world heritage sites. Today Stonehenge and Amesbury World Heritage Site welcomes more than a million visitors per year. But what makes Stonehenge so significant?

Firstly, Stonehenge is the most architecturally sophisticated prehistoric stone circle in the world and many different theories have been suggested to explain who built it, as well as when and why. The possible explanations behind its function include a Druid Temple, a coronation place for Danish kings, a place where ancestors worshipped, a cult for healing or even an astronomical 'computer' for predicting eclipses and solar events.

Secondly, research has shown the heavy stones used to create the only surviving lintelled stone circle in the world were brought from great distances. The sarsens, or large upright stones, were probably from the Marlborough Downs, over 30 km north of Stonehenge and the smaller so-called bluestones were transported from the Preseli Hills in Wales, a journey of around 240 km over land and water.

Thirdly, we also know that the stones were produced using sophisticated techniques and that the structure was erected using precisely interlocking joints. Stonehenge is the only prehistoric site where this is the case.

In addition, the earliest phase of development of the site gives us one of the largest cemeteries known in Neolithic Britain, providing numerous possibilities for research.

The preservation of Stonehenge

Throughout the course of history there has been much interest in the site from various civilisations, as demonstrated from the barrow mounds of the early Bronze Age to the drawings and paintings of the 14th Century onwards, but it was not until 20th and 21st centuries that large numbers of visitors began to view or examine the stones. From the 1880s, certain stones had to be propped up with timber poles and one outer sarsen upright and its lintel actually fell in 1900, although quickly re-erected in 1901. After this, there was a period of restoration and the last stones were secured in 1964.

These days the conservation of the monument is in the hands of English Heritage who take care of the site on behalf of the state. Visitors' access to the stones has now been curtailed but is still possible in organised groups at certain times of the year. The nearby visitor's centre is also open throughout the year.

So how did Stonehenge develop?

3000 BC
Stonehenge as we know it began about 3,000 BC with the construction of a circular ditch. The chalk soil was then piled up to make an inner and an outer bank. Inside the bank were 56 pits known as Aubrey Holes and it is thought that these may have held the heavy upright stones. The site was used as a cremation cemetery for several hundred years.
2500 BC
The sarsens and bluestones were raised to form a monument in the late Neolithic period. The sarsens were placed in two concentric arrangements making an inner horseshoe and an outer circle. The smaller bluestones were then placed between them, forming 2 further arcs. This represents an incredible piece of engineering at a time when only simple tools and technologies were available. Therefore, the operation necessitated the use of hundreds of well-organised people. The sarsens were naturally-occurring blocks of sandstone weighing on average 23 tonnes and the bluestones averaged 18 - 45 tonnes each. The latter were possibly carried by water networks (perhaps including the Bristol Channel) and hauled across land. The altar stone is a type of red sandstone and also had to be transported from rocky outcrops across Southern Wales.

Once the stones arrived they had to be laboriously shaped using flint hammer stones. Much evidence of these stones and the resulting debris have been found around the Stonehenge site.

To erect a stone, people first dug a hole with a sloping side. Next, the sarsen was manoeuvred into the hole, resting against the sloping side. From here it was then hauled slowly upright by a team of workers using plant fibre ropes and possibly a large wooden A frame. Weights may also have been used to help the human team to tip the stone completely upright. Lastly, the hole was packed securely with rubble. After this, timber platforms were probably used to raise the horizontal lintel stones to the correct height and the final shaping of the protruding tenons or rods on the sarsens took place. Only then was each lintel stone (complete with mortice holes) hauled into position across the top of two sarsens to form the central groupings of 3 stones known as 'trilithons'. This effectively created a tongue and groove joint, with the tenons located securely in the mortice holes of the lintel.

What is the basis of Stonehenge's connection to the summer solstice?

The stones are placed so that on Midsummer's Day the sun rises over the horizon to the North East, just slightly to the left of the strategically placed Heel Stone. It is thought that, had there originally been a partner stone, the sun would have risen exactly between the two. Many still gather on midsummer morning to see this spectacular sight.
Stonehenge's alignment shows that its builders had an advanced understanding of time, the seasons and the sky. Perhaps the significance of Stonehenge is its role as a type of calendar or place where the seasons were celebrated.

What is the future of research at Stonehenge?

The mid 20th century excavations at Stonehenge (published in 1995) were carried out before the widespread use of digital software. Recent revisions to the previously accepted chronology and layout of the site have now highlighted the need for a complete digital model or 3D map of all known archaeological features found at Stonehenge over the years. Current researchers are also attempting to address the following issues:

• Why was Stonehenge built on this spot? Recent geophysical studies have highlighted other monuments and earthworks which may pre-date Stonehenge (such as North Barrow). These discoveries now need further analysis as they may help to reveal why this particular location was chosen for the stone circle.

• Was the sarsen circle ever complete? 'Parch marks' revealed in unusually dry weather in 2013 indicate that there may have been additional stones present at some point in the past. More extensive survey work may hold the key to answering these archaeological questions.

• Who built and used Stonehenge? In 2016, excavations at Durrington Walls settlement near Stonehenge suggested that this may have been the living quarters of the builders of Stonehenge. This vast amount of information is awaiting publication and could lead to further theories about the builders.

In this way, the story of Stonehenge continues to evolve and change, and each new survey or discovery has the power to influence our thinking and theories about this unique UNESCO wonder of the world.

1. What happened in 1986 to highlight the importance of Stonehenge?
2. Explain the terms sarsen, lintel and bluestone.
3. What three aids are mentioned in the description of how the sarsens were erected?
4. What does the arrangement of the stones at Stonehenge and their relationship with the summer solstice show us about the builders of this monument?
5. What do you think is meant by the term 'parch marks'?